Vera Deakin’s Search for the Missing 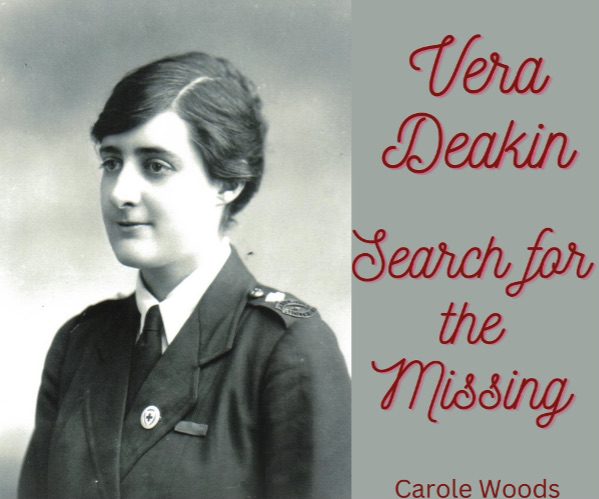 Vera Deakin, daughter of former Prime Minister Alfred Deakin, rallied to the British imperial cause in 1915 by assuming a leadership role in the fledgling Australian Red Cross Society. Aged only 23, she became founding secretary of the Australian Red Cross Wounded and Missing Enquiry Bureau, first in Cairo and then in London. The bureau’s 32,000 case files on missing soldiers, digitized by the Australian War Memorial, are part of the bedrock of Australia’s archive on World War I. In 1920 Vera married Captain Thomas White, one of Australia’s first military pilots, who had conducted reconnaissance flights in Mesopotamia. She continued humanitarian service, primarily with the Red Cross, for the rest of her life.

Carole Woods OAM is a Fellow and Hon. Secretary of the Royal Historical Society of Victoria. She is a longtime advocate for community history and for 7 years chaired the judges’ panel of the Victorian Community History Awards. Her books include Beechworth: A Titan’s Field, Vision Fugitive, The Fitzroy Public Library and the recently published Vera Deakin and the Red Cross.