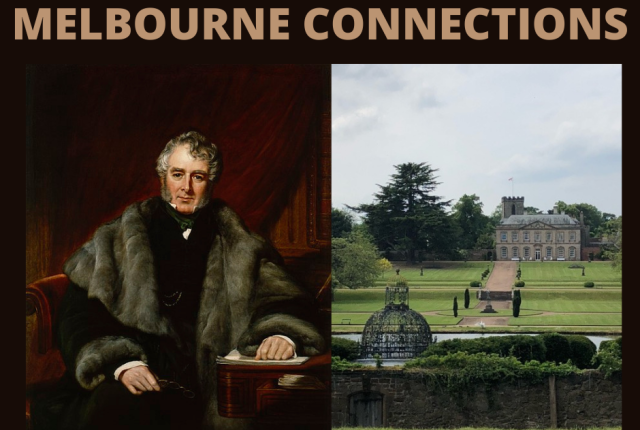 Melbourne, Victoria was named after Lord Melbourne who was Queen Victoria’s first Prime Minister. Governor of NSW, Sir Richard Bourke decided on the name Melbourne in 1837.

Lord Melbourne’s father (the 1st Viscount) took the name ‘Melbourne’ from Melbourne Hall in the ancient settlement of Melbourne in Derbyshire in the English Midlands; the Hall has stayed in the same family since the 16th century. His son inherited the Hall but didn’t live there, Lord Melbourne resided in Hertfordshire in retirement.

Learn more about Melbourne, Derbyshire and the connections with Melbourne, Victoria past and present from our U3A counterparts in Melbourne Derbyshire who will take us to the rolling hills of Derbyshire with a population of less than 5000 in this informative Zoom presentation.

Click here to view the recording of the webinar.